We are calling all country music fans in Houston! The sensational country music superstar from Oklahoma, Zach Bryan, is making his way to your city! Mark your calendars because Zach Bryan is bringing his much-awaited Burn Burn Burn Tour to the Toyota Center in Houston, Texas, on Friday, 19th May 2023! This coveted performance is guaranteed to deliver the best of the Oologah native, which includes his biggest hits, fan favorites, and many more surprises! If you expect a fully-packed setlist, you won’t be disappointed! Get your tickets now, join the Burn Burn Burn World Tour, and witness Zach Bryan’s high-energy setlist at the Toyota Center this spring! 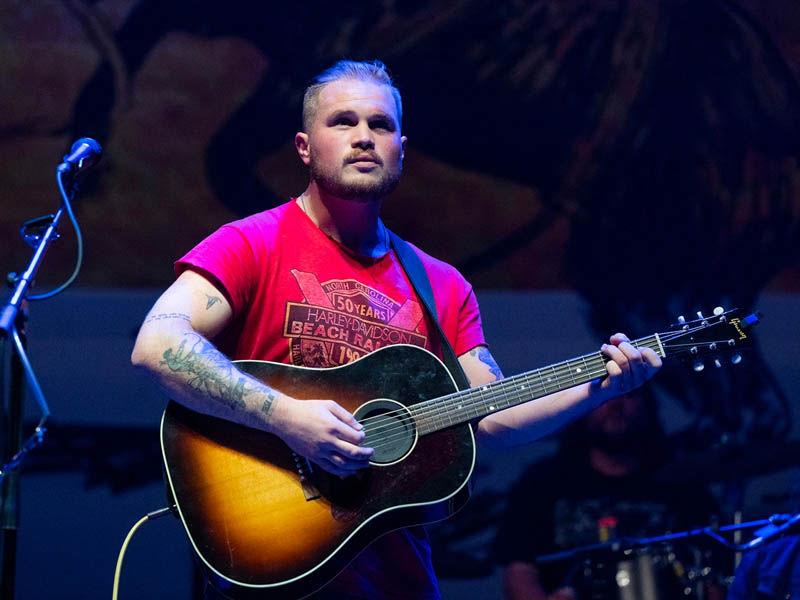 If you’ve got a taste for neo-traditional country music, Zach Bryan has released numerous quintessential hits, like “Something in the Orange,” “Heading South,” “Sun To Me,” “Burn Burn Burn,” and many more. The 26-year-old singer-songwriter and U.S. Navy veteran pursued a phenomenal music career in 2017 by uploading his music on youtube. His performance of “Heading South,” filmed by his friend using a smartphone, went viral. In 2019, Bryan self-released his debut album, DeAnn, dedicated to his mother. The album, written in two months, became a charting success, peaking at number 6 on Billboard’s Top Folk Albums. In 2020, Byran released his sophomore effort, Elisabeth.

Bryan’s success as an indie artist didn’t go unnoticed the following year. He later signed with the major label Warner Records. The same year, he announced his honorable discharge from the U.S. Navy. He was to pursue music full-time after spending eight years in service. In 2022, Bryan released his major label debut, American Heartbreak. The album debuted at number 5 on the Billboard 200 and topped three other charts. The album’s platinum-selling lead single, “Something Orange,” became his most successful song after it entered the Billboard Hot 100 at number 10.

Indeed, Zach Bryan is a rising megastar in country music, and he’s set to make incredible more music and entertain his massive following. That’s why you shouldn’t waste any more time and score your tickets to his show at the Toyota Center before they sell out!