Beer Can't Fix your loneliness, but one explosive country concert will definitely do! Call your concert buddies and mark your calendars because you don't want to miss Thomas Rhett live in concert this summer at the Toyota Center. Catch the "Crash and Burn" hitmaker this August 4, as he brings his Home Team Tour to Texas's famous venue. If the image of the 32-year-old singer performing on stage excites you, wait until you know that his country buddies Cole Swindell and Nate Smith will be his special guests for this tour. If that doesn't urge you to buy a ticket, we don't know what will. Invite all your friends and family for one of the summer's most highly-anticipated concert events. Secure your tickets here by hitting the "Get Tickets" link on the site. 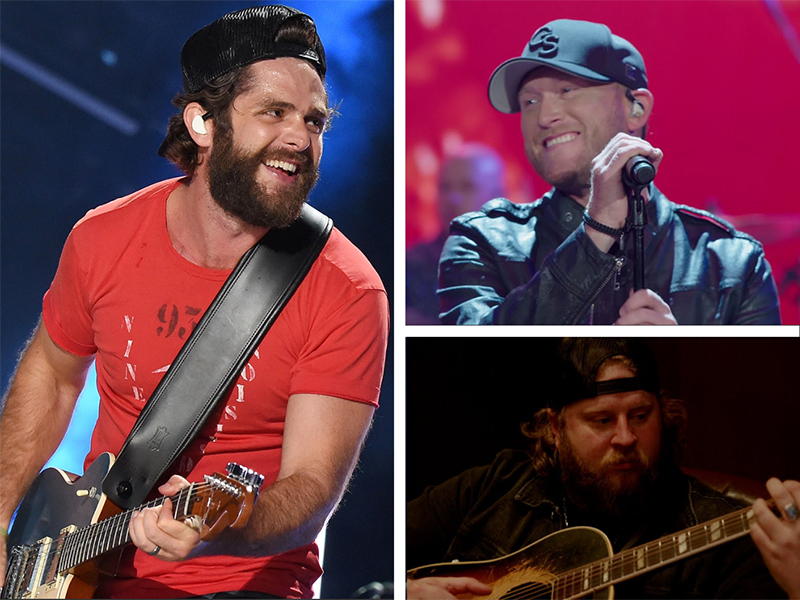 Fans of Thomas Rhett were all ecstatic when he released a video announcing that he will be embarking on a 40-city "Home Team Tour 23" next year. This is especially shocking, in a good way, of course, as his "Bring The Bar To You Tour" hasn't wrapped up yet. The multi-platinum country star announced that he will be joined by Cole Swindell and Nate Smith on this tour that will commence on May 4 at Wells Fargo Arena in Des Moines, Iowa.

"Being on the road is one of my favorite places to be," Rhett said in a statement. "I can't wait to see the joy on y'alls faces next year and with my buddies Cole Swindell and Nate Smith. We're definitely gonna have a good time."

Cole Swindell, a fellow bro-country superstar, is one of the mainstays of upbeat country pop. His self-titled album came out in 2014, and he has since become a household name in country music. His independently released debut single "Chillin' It" helped him to be recognized in the highly-saturated genre of bro-country. Swindell released his sophomore album in 2016 with "You Should Be Here." This was followed by "All of It" in 2018 and "Stereotype" in 2022. He has topped the charts for both Hot Country Songs and Country Airplay with eight of his thirteen singles. As an added bonus, three of his singles charted in the Top 10.

Nate Smith, on the other hand, is a California-native country singer who launched his career after his TikTok hit "Wildfire" became viral. He is now signed to Sony Music Nashville. His 2022 single Whiskey on You" is certified Gold by the RIAA. Witness this rising star ignite the audience through his infectious performances before Thomas Rhett and Cole Swindell take center stage. Grab your tickets now by clicking the "Get Tickets" link.