Have you ever 'wondered what it's like to be loved by the one and only Shawn Mendes? The multi-platinum awarded singer and songwriter is back to bring life back to the stage around the world as he embarks on Wonder: The World Tour. The 'Life of The Party himself will 'teach you how to love, 'treat you better, and call you 'Senorita as you scream and sing-along to his chart-topping hits and fan-favorite tracks that never fail to grab the audience's hearts all over the world. Last 2020, Shawn dropped his fourth studio record "Wonder", his fourth consecutive album that hit #1 in the US Billboard 200. 2021, the singer dropped singles "Summer of Love" with Tainy and "It'll Be Okay", a heartfelt ballad after news of a recent breakup. As the new year comes, there's nothing holding Shawn back from being the 'life of the party himself, bringing fans in awe as he screams and belts those high notes on stage as he slams his guitar to his mega-hits and fan-favorite songs. 'Something big is definitely in store for 2022 with Shawn, so book your tickets now! 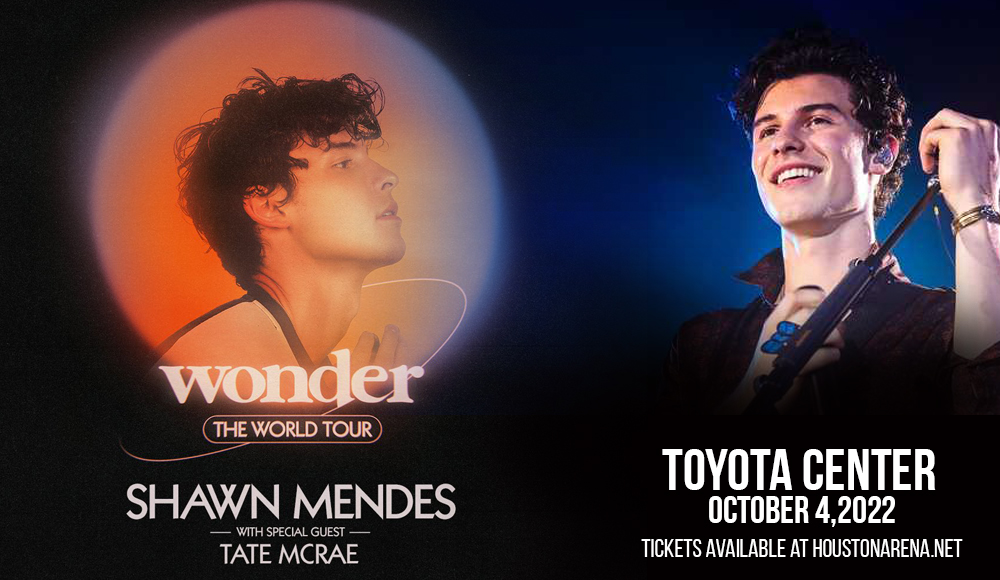 Shawn Mendes has his roots from Pickering, Ontario in Canada where he joined his school's glee club, as well as playing ice hockey and soccer. He learned to play the guitar through YouTube tutorials at 14 and started posting covers. He also amassed attention on the video app Vine after he posted a cover of Justin Bieber's "As Long as You Love Me", then gaining millions of followers and views for his six-second covers becoming the 3rd most followed musician on the app by 2014.

Mendes was discovered by manager Andrew Gertler and signed into Island Records. He dropped his debut single "Life of The Party" which made him the youngest artist to debut at the top 25 US Billboard Hot 100. By 2015, he released his first certified multi-platinum album, Handwritten that hit #1 on the charts. The album's third single, "Stitches" is his first top-ten hit at #4 and is certified multi-platinum.

By 2018, he marked his third #1 studio record with his self-titled album that featured the hit lead single "In My Blood", followed by the crowd-favorite "Lost In Japan". By 2019, he dropped the #1 multi-platinum massive hit single "Senorita" with Camila Cabello.

As 2020 neared its end, Shawn released his fourth #1 album, Wonder, by December with the lead single of the same name. He also dropped "Monster", a collaboration with Justin Bieber. The year after, he served fans with another mesmerizing track with "Summer of Love", his first collaboration with Tainy. Then following it up with his most-recent release after news of a breakup, his single "It'll Be Okay" is an emotional ballad where fans are assured that everything will be okay.

As the new year waves, it'll surely be okay, as there's nothing holding back Shawn from moving forward and kicking it off with a world tour! Catch his mesmerizing live performances of your favorite tracks such as "Treat You Better", "Stitches", "In My Blood", "Wonder", "Teach Me How To Love", "Summer of Love" and many more! Book your tickets now!