Panic! At The Disco Tickets

There’s no need to Pray for the Wicked this weekend to experience the great music of Panic! at the Disco. All you need is a ticket for their Toyota Center concert this Saturday, September 10. Brendon Urie and his touring band will surely envelop the massive walls of Houston’s Toyota Center with the band’s greatest hits. Jam with P!ATD’s memorable songs, such as “House of Memories,” “This Is Gospel,” “High Hopes,” and other hits. Be awed as you witness Brendon perform the songs from the band’s most recent album, “Viva Las Vengeance.” If you are not yet convinced that you should go to this concert, you surely need some New Perspective because this is one of the most-anticipated concert tours this year. Tickets are now on sale, and you can grab yours here by clicking the “Get Tickets” link. 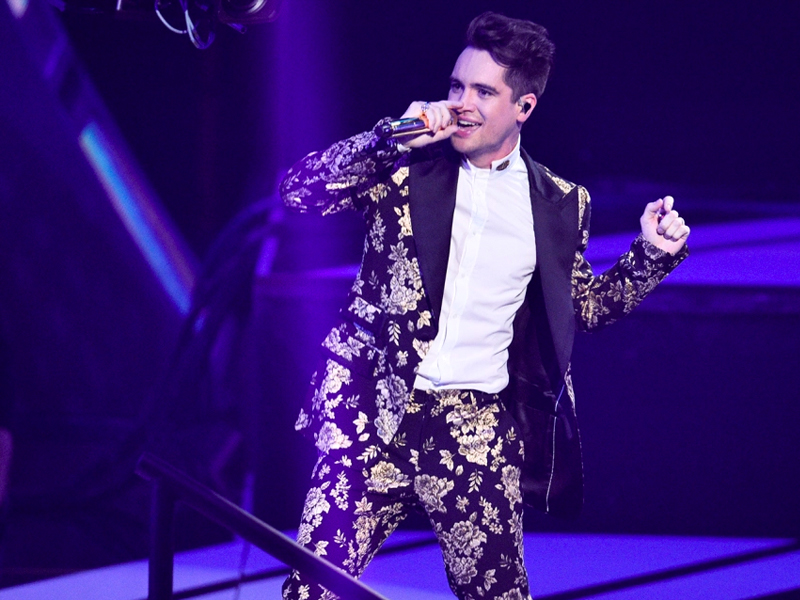 Long before Panic! at the Disco evolved into a solo project of Bredon Urie, the band had its glory days as a rock band for over a decade. The band was formed in Las Vegas, Nevada, in 2004 by childhood friends Brendon Urie, Ryan Ross, Spencer Smith, and Brent Wilson. The band's first record, released in 2005, propelled them to international stardom. Thanks to their hit single "I Write Sins, Not Tragedies," the album reached number 2 on the Billboard US Top Rock Albums. This success skyrocketed the band into becoming a household name in the rock music scene. The genuineness and uniqueness of their albums "Pretty. Odd." (2008), "Vices & Virtues" (2011), and "Too Weird to Live, Too Rare to Die!" cemented the band's status as one of the most sought-after groups. Although the band cycled through various members over the years, it still retained the familiar pop-rock sound and revved-up instrumentals that made them stand out in the sea of rock bands.

The 2016 "Death of a Bachelor" album started Urie's solo venture in the band. He remained the face and the only original member of the Panic! at the Disco. The album was followed by the victorious "Pray for the Wicked" last 2018. Even though it has become a solo project for Urie, the popularity of the band's name did not fade at all. In fact, P!ATD's brand comes out stronger as each album is released. Altogether, P! ATD's six studio albums have sold a combined 4.6 million pure copies in the United States. And this figure will surely blow up as the band's seventh album will be released soon.

Dubbed "Viva Las Vengeance," the newest project of Urie will be released this August. A tour is also slated as a support for the said album. The North American leg of the tour will kick off at Austin, Texas's Moody Center on September 8. It will stop at Houston, Texas's Toyota Center on Saturday, September 10. Special guests, power pop band Beach Bunny and pop musician Jake Wesley Rogers, will also be part of the concert.

Tickets for the show are available starting June 8. Click the "Get Tickets" button to reserve your tickets now.