Prepárense Damas y Caballeros because you are in for a sweet treat this fall as the Latin-reggaeton superstar, Karol G, brings her sizzling hot "$trip Love Tour" to Houston's Toyota Center this Thursday, September 29. Joined by the 2020 Urban Core Awards' Best Urban DJ, Agudelo888, Karol G will surely delight her fans with the performances of her most recent hits, such as "Provenza," "Bichota," and all other hit songs from her multi-awarded album "KG0516." If you are down for a fun concert night that will surely make you sing and dance, this is the concert you should look forward to this fall! Order your concert tickets now to secure the best seats in the venue. Click on the "Get Tickets" link for a fast and safe transaction. 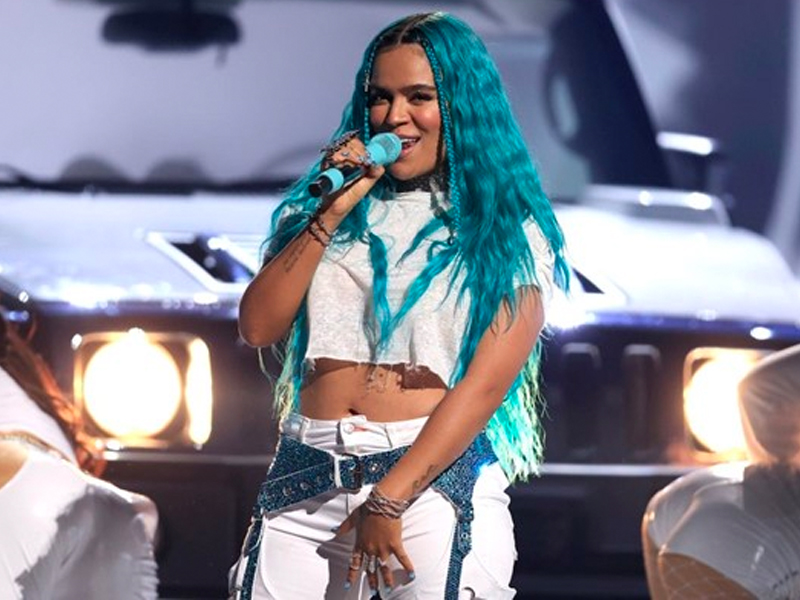 Born Carolina Giraldo Rivera, Karol G is one of Latin America's fastest-growing Latin and reggaeton artists. With her most recent victory at the Latin American Music Awards and her viral performance at Coachella, Karol G is undeniably on top of her game. However, her climb to the top wasn't an overnight success. She started her career early in 2007 by releasing singles. Although she had joined her country's X-Factor in 2010, which helped her be recognized in her own country, she had a lackluster career in the male-dominated reggaeton genre. Her biggest break came in 2017 when she released her debut album, "Unstoppable." The album reached #2 in the Billboard Top Latin Albums, and its lead single, "Ahora Me Llama," became a career-defining hit for the then 26-year-old singer.

From then on, her career had a significant leap. Her collaborations with some of the industry's biggest names helped solidify her presence in the saturated music world. Her most notable collaborations include songs with Nicky Jam, Anuel AA, Bad Bunny, J Balvin, Maluma, Pitbull, and Nicki Minaj. Her third album, "KG0516," earned her six wins at the 2022 Latin American Music Awards. She won six awards out of the seven nominations she received, including Female Favorite Artist and the coveted Album of the Year.

Moreover, her latest single, "Provenza," is a collaboration with DJ Agudelo888. The song is part of Karol G's 4th studio album, which will be released this year. Agudelo888 will also serve as her guest in all shows in her upcoming tour this September. Deemed as "$tripped Love Tour," the string of shows will stop at more than 30 cities in the US and Canada and stop at Houston's Toyota Center this September 29. This concert is expected to be one for the books, so be sure to secure your tickets as early as now. Don't miss the chance to witness these two amazing artists. Hit the "Get Tickets" link for a fast and safe transaction.