Some Hearts will really be elated and happy this Thursday, November 3, as the country superstar Carrie Underwood performs at Houston, Texas's Toyota Center for her "The Denim & Rhinestones Tour." Join the multi-Grammy Award-winning country superstar in a night filled with great songs and superb performances that only Carrie Underwood can offer. Expect to hear her perform her newest single, "Ghost Story," and other songs from her most recent album, "Denim & Rhinestones." Let her powerful voice make you cry in joy as you sing along to her greatest hits, such as "Jesus Take the Wheel," "Some Hearts," "Last Name," "Mama's Song," and "Church Bells," among many others. She will be joined by guest country music singer-songwriter Jimmy Allen. Don't miss this opportunity to see the iconic Carrie Underwood. Grab your tickets now by hitting the "Get Tickets" button. 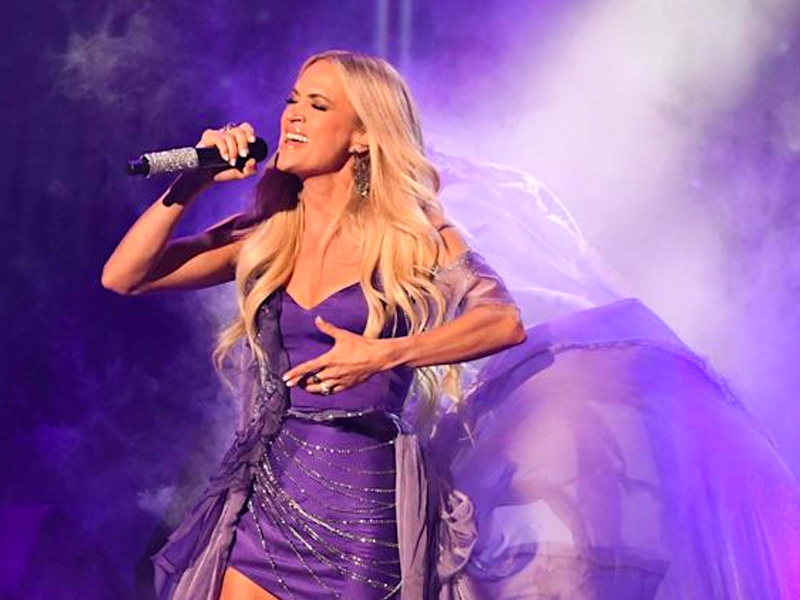 This year Carrie Underwood released a new single, "Ghost Story," which is a part of her upcoming album "Denim and Rhinestone." The said album is a highly-anticipated one and will be released this June. It follows the highly-successful 8th studio album, "My Savior," which was awarded as Best Roots Gospel Album in the recently-concluded Grammy Awards. It was also a monumental night for the 39-year-old singer, as she gave the second live performance of "Ghost Story" while being suspended several feet above the stage.

Underwood also was a big winner in the 2022 CMT Music Awards. She bagged the "Video of the Year" and "Collaborative Video of the Year" awards for her song "If I Didn't Love You," a duet with Jason Aldean. By doing so, she still remains to be the most-awarded artist in the show's history.

Indeed, 2022 is definitely looking good for the country music superstar; it will be even better as she announced that she will be taking the road once again for another tour. Coined "The Denim and Rhinestone Tour," the massive concert tour kicks off on October 15 in Greenville, South Carolina. It will stop in major venues all over the country, including Houston, Texas's Toyota Center, on November 3, 2022. Country singer-songwriter, Jimmie Allen, will join Underwood in the tour's entirety. Allen is known for a few hits like "Best Shot" and "Make Me Want To." He also made history last year when he won the Country Music Association Award for "New Artist of the Year," becoming only the second black artist to win the category following Darius Rucker's win in 2009.

Catch these two amazing country stars on a night filled with nothing but superb country music. Get your tickets here by clicking on the "Get Tickets" button.