Texas Reggaeton fans, are you ready to meet one of Reggaeton's royalties this fall? You better be because there is no stopping the "New King of Reggaeton," Ozuna, from bringing his positive vibes and incredible tunes to Houston's Toyota Center this October 22. Put some flair and dancehall rhythm to your Saturday night as the Puerto Rican singer-songwriter brings his "Ozutochi US Tour" to Texas' famous venue. Let the "approachable sweetness" of the "el negrito de los ojos claros" ("the black guy with light eyes") entrance you into vibing to his hit songs, such as "Taki Taki," "Dile Que Tu Me Quieres," "Si Tu Marido No Te Quiere," "Imaginando," and "El Farsante," among several others. Watch the Latin Grammy award-winning artist blow Toyota Center's roof off! Grab your tickets now! 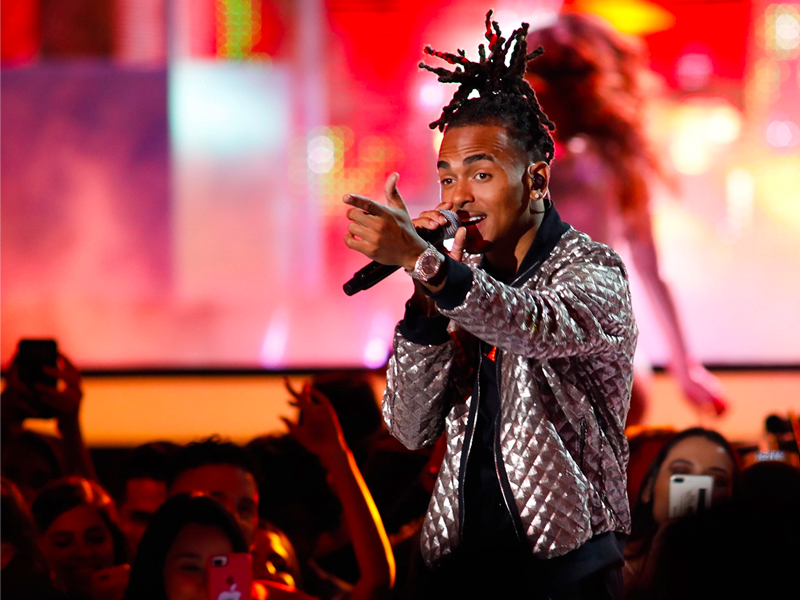 Juan Carlos Rosado Ozuna, popularly known as Ozuna, is one of the all-time best-selling Latin American music artists. He is best known for "Taki Taki," his collaboration with DJ Snake, Cardi B, and Selena Gomez that blew up in 2018. The song received quadruple platinum certification and topped the charts in many countries. All five albums of the rapper have topped the Billboard Top Latin Albums. His debut album "Odisea," released in 2017, achieved platinum in the US and Italy and gold in Spain. It also won the Top Latin Album in the Billboard Music Awards. The following year, his sophomore album "Aura" was as successful, with Rolling Stone writer Elias Leight calling it "a step beyond the reggaeton and trap that Ozuna is known for." His subsequent albums, Nibiru and ENOC, were not as popular as his past ones but are still bangers. Ozutochi his new album is set to be released this year.

The rapper is on a world tour this year after his "Nibiru" World Tour was canceled in 2020 due to COVID. Named after his latest album, the Ozutochi US Tour will start in September. Texas fans don't miss the rapper as he will perform in the Toyota Center in Houston on Saturday, October 22. Get tickets now to see him live!