Machine Gun Kelly will be bringing the big guns to the Lone Star State this summer as he takes the first leg of his "Mainstream Sellout Tour 2022" to Houston's Toyota Center. Fans of the rapper and pop-punk artist will be in for a treat this Friday, June 10th, as he'll perform his recent album's new songs to thousands of fans at the famous Texas venue. Whether you like him as a rapper, hip-hop star, or punk-rocker, this concert is definitely for you. Join MGK, together with the rapper Iann Dior and musician Blackbear, in this concert event that will rock Toyota Center. Grab your tickets now! 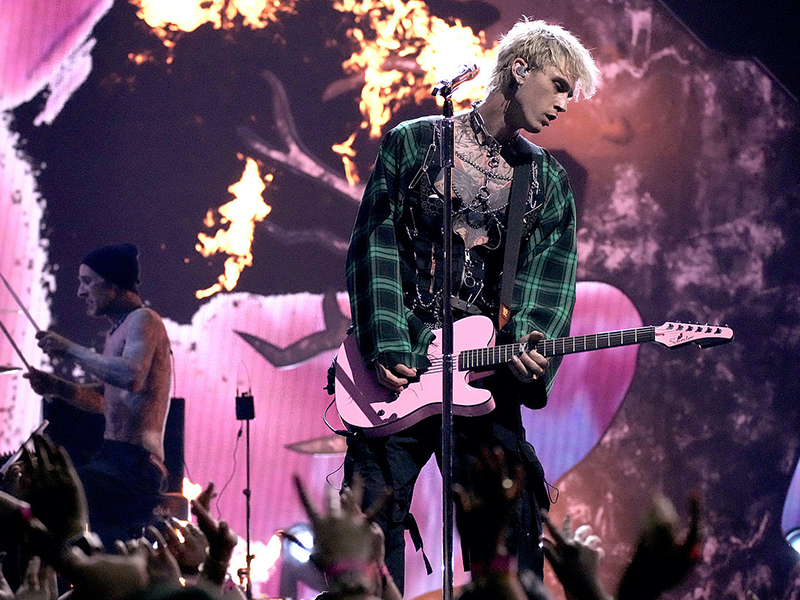 Love him or hate him, Machine Gun Kelly is undoubtedly one of the most sought-after artists in his generation. You might know him because of his messy conflict with the rapper Eminem, but this does not overshadow the immense talent that this 31-year-old multi-faceted artist is. Colson Baker in real-life, Machine Gun Kelly can definitely tick all the boxes of what a good artist is. He can rap, he can sing, he can act, and he can rock!

Before he had signed into the Bad Boy Records, MGK released four mixtapes between 2007 and 2010. As a budding artist, he also had faced criticism and ample rejections before cementing his name into the music industry.

He released his debut studio album, "Lace Up," in 2012, which peaked at number four on the US Billboard 200 and contained his breakout single "Wild Boy," featuring Waka Flocka Flame. He continued to enjoy the same commercial success as a hip-hop artist with his subsequent two albums, "General Admission" and "Bloom," released in 2015 and 2017. The latter album included the single "Bad Things" with Camila Cabello, which peaked at number 4 on the Billboard Hot 100 and is still considered one of his massive hits to date. His fourth album, "Hotel Diablo," in 2019, showed another side of MGK by including rap-rock songs into the album tracks.

The said album, which gave the nod to the rap-rock genre, foreshadowed what his next album would be. Thus in 2020, Machine Gun Kelly released his fifth album, Tickets to My Downfall. Surprisingly, the album became his complete departure from hip hop and entry into the pop-punk world. This may be a surprise to most people, but this doesn't come as a shocker to his loyal fans. Any dedicated fan knows that MGK has this side of him all along and that he is just going back into his roots.

The album debuted at number one on the Billboard 200, the only rock album to do so in 2020, and contained the single "My Ex's Best Friend," featuring Blackbear, which reached number 20 on the Hot 100.

Just recently, he released his new album "Mainstream Sellout," which continues to cement his place in the punk rock genre. He will be touring across North America in support of this album — and by the looks at the reception of fans online upon its announcement, we are more than certain that this tour will be an epic one. The "Mainstream Sellout Tour" will be stopping at major cities in the US with the other promising names in music, including Avril Lavigne, 44phantom, Blackbear, Iann Dior, Pvris, Trippie Redd, and Willow Smith.

In his Houston, Texas stop at Toyota Center, MGK will be joined by Blackbear and Iann Dior. Catch them this June 10, 2022, Friday. Secure your tickets here and be ready to have a blast!